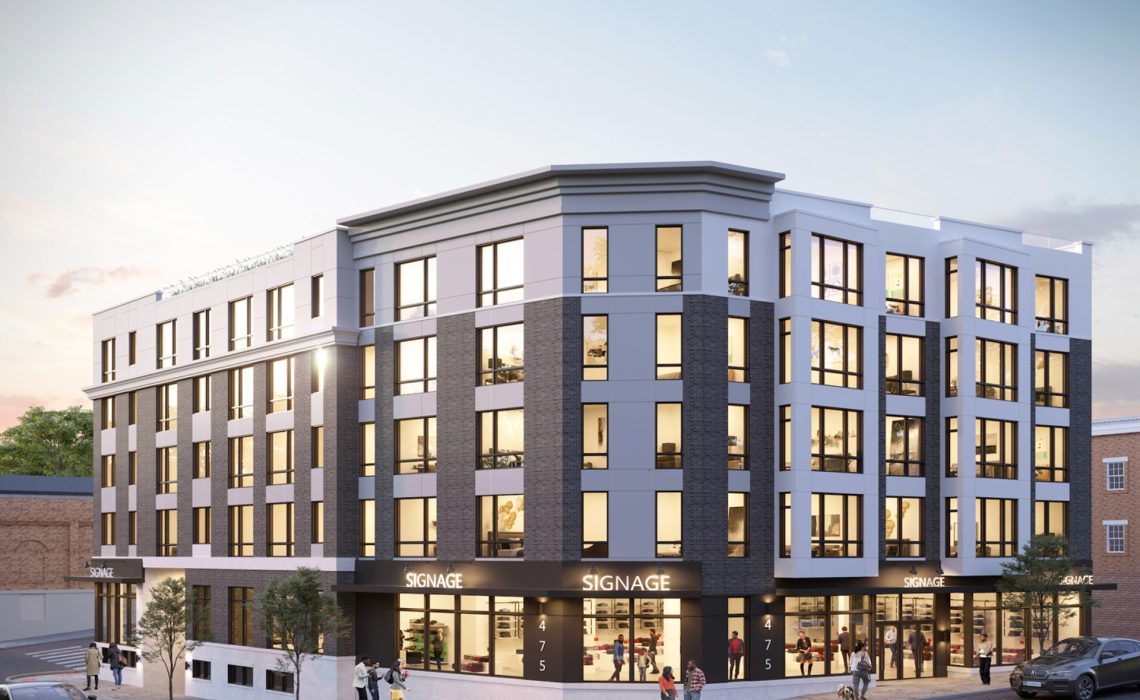 The Jersey City Zoning Board of Adjustment unanimously approved (7-0) a mixed-use building with five stories and 40 units despite some critical remarks from the community.

The proposal for 475 Communipaw Ave. by applicant 475 Communipaw Ave JT, LLC would also include, 6,177 square feet of ground-floor commercial space, 22 parking spaces, and 40 bike spaces. There would be a green garden and a deck on the roof as well.

10 percent, or four units would be affordable housing, that would be 50-80 percent of the Area Median Income (AMI) and the applicants were seeking a height variance for the project.

“A lot went into this application,” said attorney Nicholas Cherami, representing the LLC for the development.

Cherami noted that land is on a very irregular-shaped corner lot of 11,700 square feet on a peninsula of HarmonS treet, Garfield Avenue, and Communipaw Avenue. 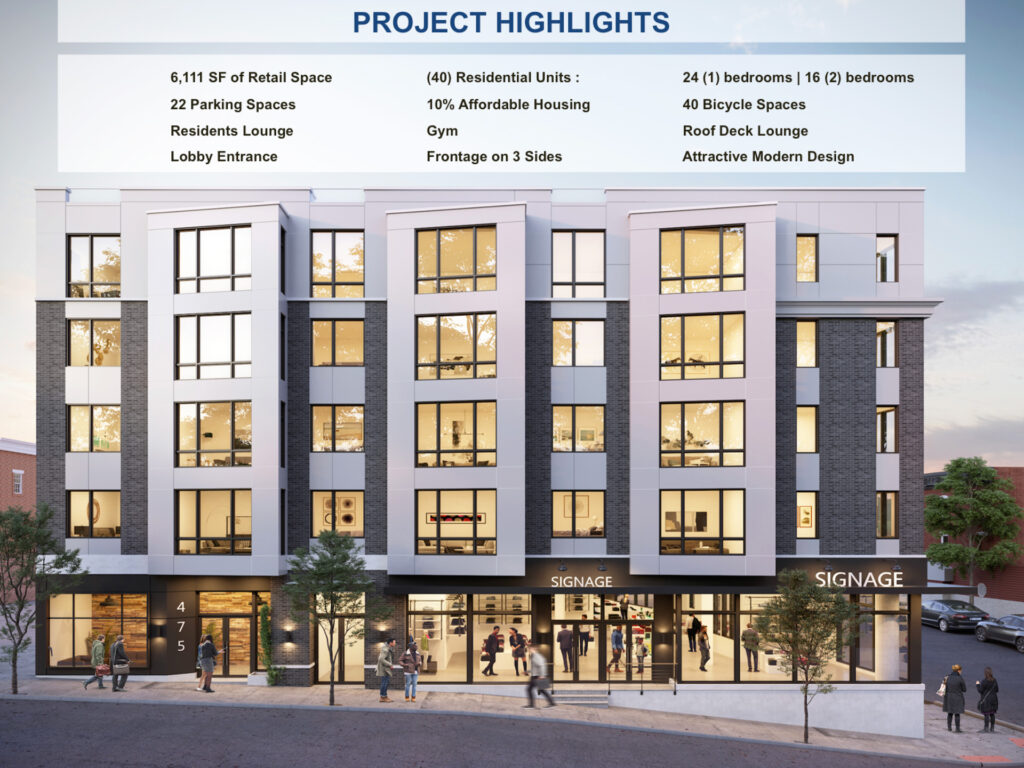 The applicants made presentations to the Morris Canal Community Development Corporation last June and subsequently amended the project.

The Sherwood Claremont Community Association, who live in the jurisdiction the lot lies, also wanted to learn about the project so they met with them in January for a community meeting.

“All these meetings were in addition to our applicants literally walking down Communipaw meeting with business owners, meeting with residents,” Cherami said.

He added they met with Wad F Councilman Jermaine Robinson and his team regarding the building.

“We are requesting a five-story structure where a max three-story structure is required,” explained Charles Heydt, the director of planning services for Dresdner Robin, who is consulting on the project.

He called the neighborhood diverse with great public transportation, including Garfield Avenue’s Hudson-Bergen Light Rail station stop, along with bus stops on Grand Street that would serve the building’s customers.

“That’s what really led us to supporting such an application tonight. It’s a far better alternative than the car wash.”

“I’m extremely excited. I think this will add a lot of value to the neighborhood,” said Tiffany Johnson, who said she lives nearby and that the development would enhance the neighborhood.

However, not everyone on the Zoom call was on board with the proposal.

“I feel like it’s being rushed. We were under the impression that they were coming back to the table for community input,” said Frank “Educational” Gilmore, who is running for the Ward F council seat.

“More thought and more engagement needs to go into this project. Another meeting should be held.”

He also had concerns with the claim it would decrease traffic and did not need to be car-friendly.

Ali Kenneson also came out against the potential new construction, noting that the applicants said a supermarket would be on the ground floor at the community meeting where it was presented.

PrevPrevious40-Unit Development Could Replace Car Wash Near The Junction, Jersey City
Next18 Story Tower at Bayonne’s Silk Lofts up for ApprovalNext

Use the contact form below to get in touch with an agent today.

We've got a tip for you

Contact us now about available commercial properties or to learn more about TIP Commercial, your reliable real estate agency.